There's no doubt that you've heard about the paleo diet. It's one of the most popular new dietary fads of today.

Many individuals, companies, and nutritionists have begun to promote it as a healthy and natural diet opposed to what its practitioners call the excess and malnutrition of modern industrial diets.

There's a lot of information out there. And it's sometimes difficult to determine how much of it is applicable to one's daily life and needs.

Read on to learn more about the paleo diet and see if it's the right system for your nutritional needs! (Also, be sure to read to the end to get a free paleo dietary guide that you can try today.)

What is the Paleo diet plan?

The first question you likely want to be answered is this: What is the paleo diet, exactly?

Other questions you have might include: Why is it so popular? Who is using it today? 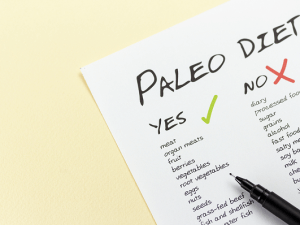 Let's see if we can find out.

The origins of the paleo diet come from the idea of what people in paleolithic times might have consumed for sustenance.

You might have also heard it referred to as the caveman diet plan.

Paleo diets tend to center around nuts, berries, veggies, and meat and tend to exclude grains, dairy products, and refined or processed foods.

Switching to paleo diet provides major benefits such as weight loss. It is also an amazing diet plan for people with gluten sensitivity and autoimmune disorders.

The popularity of the Paleo diet

We're all well aware of how quickly a dietary trend can seize control and then just as quickly disappear. Remember the Atkins Diet? Neither do I.

Nevertheless, sometimes a diet appears and becomes more than just a fad. The Paleo diet appears to be one of these kinds of diets. It's extremely popular among the crowds that want to or must eliminate (due to medical necessity) most types of carbohydrates and gluten from their respective diets.

Paleo diets are also popular among crowds that want to consume less fat while also taking in more protein – athletes and bodybuilders, for instance.

The benefits of paleo diet for athletes are wery well known in the sports and fitness world. It is a very popular diet and nutrition program for athletes.

The pros and cons of a Paleo diet

As with all diets, the Paleo Diet has its pros and cons. It's certainly not meant for everybody. Here's a short list to help you see if it's the right diet for you:

If you're still on the fence about the Paleo diet, why not take it for a test run? Here's one example of a paleo recipe that is both nutritious and delicious. 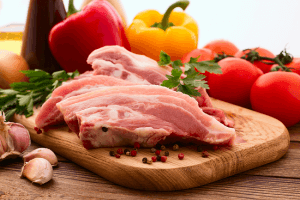 You'll want to pan-grill a grass-fed steak, add the vegetables you want (we recommend asparagus, cauliflower, and broccoli, but the choice is yours), and stir-fry with olive oil.

This combination is healthy and very nutritious and is also bound to fill you up due to its proper nutrient profile. Paleo recipes generally incorporate veggies and grass-fed, lean meats.