Chlorella is a freshwater green alga. It is often taken in powder or pill form, as most people don't have easy access to living chlorella.

The good news is that it maintains many of its best health benefits in powder or pill form.

You may think of chlorella as being like a green “vegetable”. Why? Mainly because it's green in color and it's an alga. But, this alga is about 60% protein. It is considered a superfood.

This is a much higher percentage than for any of the vegetables you'll find at the supermarket. In fact, it has more protein ounce for ounce than a T-bone steak. And more iron by more than an order of magnitude.

Thus, putting chlorella powder in your morning smoothie is a great way to start your day. This big boost of high-quality protein will ensure your brain is functioning at top capacity.

Moreover, you'll be feeding your muscles what they need for peak performance.

During World War II, the Nazis fed this superfood to their troops. They wanted to reduce food shortages. It gave their soldiers a decided advantage in the field.

In 1951, the Carnegie Institute started studying the nutritional profile of chlorella. They wanted to know how to use it to feed a large number of people in the world. This would prevent world hunger.

Their pilot plant demonstrated the technical feasibility of large-scale culture of algae.

As stated above, this superfood was used to feed the starving masses in Japan after World War II. This situation arose due to the devastation that followed the nuclear bombing of Hiroshima and Nagasaki.

But, there was another major problem taking lives in Japan at that time. This was because of the massive radiation poisoning and the toxic fallout that followed.

Additionally, a very rapid industrial revolution occurred in Japan after World War II. It contaminated the environment with high levels of mercury and other heavy metals.

These are acutely toxic to the human body. Thus, the Japanese people were dying of both starvation and poisoning. 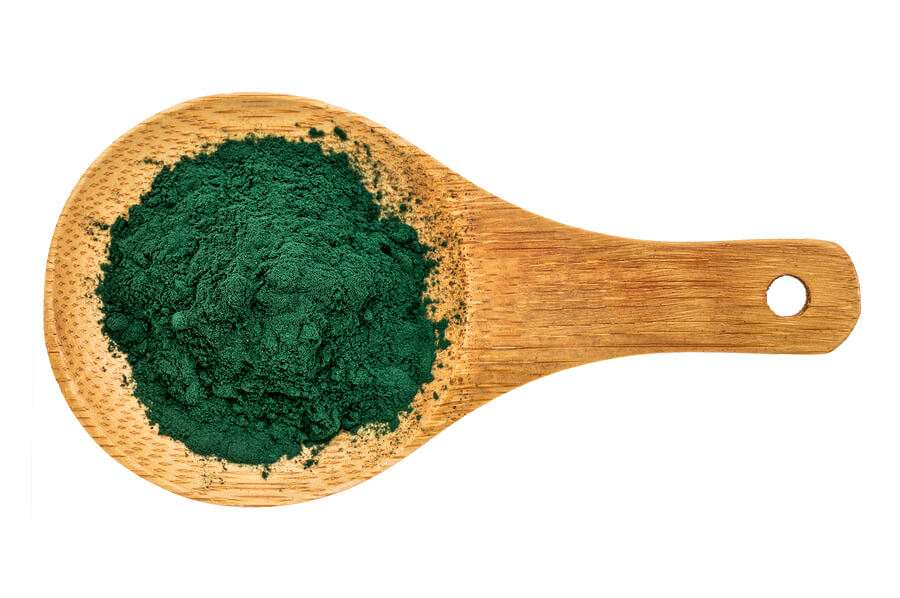 They began eating chlorella to survive. At the same time, a miraculous side effect began to be observed on a massive scale. In fact, consuming this superfood was efficient at eliminating radiation and heavy metal poisoning.

Thus, it was chlorella that saved the Japanese people. Not in one but TWO ways. They never forgot it. More than another other people on our planet, Japanese are obsessed with it.

They are also quite dedicated to taking spirulina supplements. This may explain why the Japanese have longer lifespans than most other cultures.

The Carnegie Institute had developed culturing methods for chlorella in the late 1940s and the early 1950s. But they could never quite get it to work on the massive scale they wanted.

The benefits that the Japanese were seeing with their people made them believe in this green alga.

The Japanese government took over the research on chlorella. They were motivated by the benefits they were seeing with their people, The Japanese perfected the culturing techniques over the next two decades.

Since then, Japan has led the world in chlorella research. First, they researched the best ways to culture it on a mass scale. Second, they tried to determine the health benefits of taking it, especially in detoxification.

It is also very good at eliminating other environmental toxins. These toxins are polychlorobiphenyls (PCBs), lead, aluminum, and pesticides.

In the modern world, we are constantly bombarded with toxins. Every new piece of furniture we bring into our homes frees up toxins. New carpet and paint are the main culprits. Household items like shower curtains and cookware do the same.

Taking chlorella on a regular basis is the most proactive action you can take. You will detoxify your body from the ongoing barrage of toxins you are exposed to.

It can help you detox from the poisons you consciously choose to put into your own body. For example, alcohol poisoning can be mediated by chlorella supplements.

Taking chlorella may prevent a hangover after an alcohol intoxication. A study has reported that it prevented a hangover more than 96% of the time.

Chlorella can also negate many of the ill effects of chemotherapy and radiation in cancer treatments. 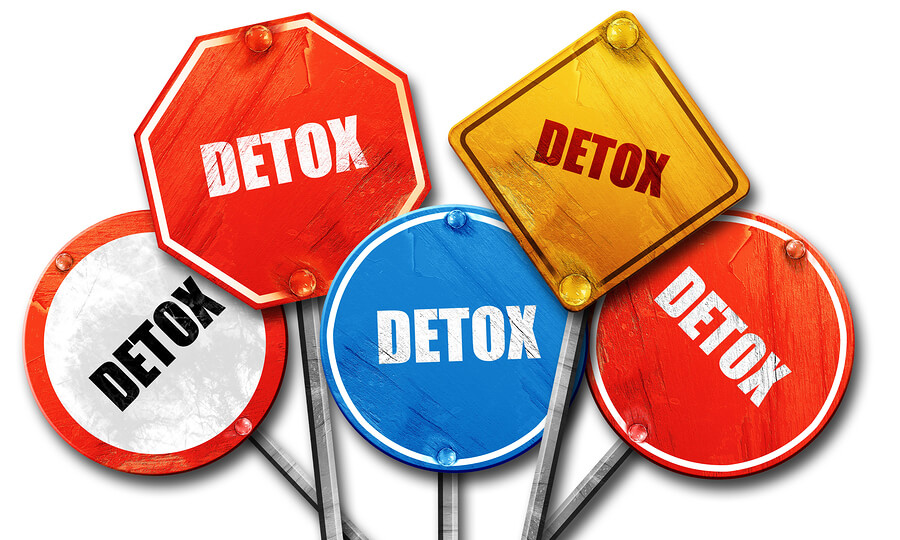 The first time a person takes chlorella, their tissues may release many toxins. Sometimes the body's detoxification system (liver, kidneys, and skin) can't flush the toxins out fast enough.

When this happens, the toxins that have become mobilized can end up relocating to other parts of the body. This can cause major problems. Measures should be taken to prevent this.

This is where cilantro can be a very helpful partner in detoxification. Cilantro has the enhanced ability to stimulate the liver to release extra bile.

Thus, make a nice cilantro tea. Steep fresh cilantro in hot water. Drink the tea along with chlorella supplements. The toxins released from your body will be swept out in your feces.

For this to work best, try not to eat anything with high levels of vitamin C the first few days you use chlorella. Vitamin C is known to cleave the heavy metals attached to chlorella. This prevents them from being eliminated from the body.

Guess what food contains more chlorophyll than any other food you can consume? If you guessed chlorella, you'd be right!

In fact, this is why it is named after chlorophyll. Ounce for ounce, it has about 40 times more chlorophyll than wheat grass! Furthermore, chlorophyll makes up about 7% of the biomass of chlorella.

Most of the detoxification benefits of consuming this superfood come from its high chlorophyll content. There is another important fact worth mentioning. Its cell wall is great at snagging toxins. These toxins are then eliminated through the feces.

Chlorophyll is also very good at keeping your liver healthy. As you know, the liver is one of the most important organs in eliminating toxins from the body.

Chlorophyll is beneficial to the human body in many other ways as well. One of the best is that it helps build the blood in anemics. It helps also anyone who needs an energy boost.

Men taking chlorella should check their blood iron levels regularly. It's important to monitor if the iron in your blood is within healthy levels. Women don't have this problem as long as they have menstruations during which they lose iron.

Eating foods very high in nucleic acids is often called the “Anti-aging Diet”. Nucleic acids, RNA and DNA, are broken down in your gastrointestinal system. They become nucleotides. These nucleotides can then be used to repair your DNA. This is thought to be the key to anti-aging.

For decades, the best source of dietary nucleic acids were sardines and organ meats. But, in the 1980s, it was discovered that chlorella is about 10% to 15% RNA, and about 3% DNA.

This is by far the highest concentration of nucleic acids found in any food. This superfood also contains Chlorella Growth Factor (CGF), made mostly of nucleotides and peptides.

This is the “secret sauce” that allows chlorella to grow so rapidly. It also slows down the aging process in humans at the cellular level. Many people find they look younger after taking chlorella supplements for a while. Chlorella also improves stamina.

What to look for in chlorella supplements?

Look for certified ORGANIC supplements from a highly-trusted source. As you now know, this green alga is so good at taking up toxins from its surroundings. Thus, if it is grown in water containing any toxins, it will concentrate those toxins.

Thus, this is what could happen if you take a low-quality chlorella supplement. You could ironically ingest a high dose of toxins rather than be detoxifying your body. So be careful!

Another thing to look for is “broken wall” chlorella. Many of the nutrients you need from chlorella are locked inside a tough three-layer cell wall.

So, get “broken wall” chlorella!

If you don't, your supplement could pass right through your gastrointestinal system undigested. In this scenario, you would not benefit much from taking it.

Which is better chlorella or spirulina?

Many people today combine both chlorella and spirulina into the same smoothie. Spirulina is a blue-green alga that has many health benefits. Other people take both as supplements.

Spirulina and chlorella are both considered superfoods. They each have different strengths that complement each other well.

There are common chlorella side effects such as nausea, diarrhea, and flatulence. Some people have experienced stomach cramps and green stools. Serious allergic reactions have resulted in asthma and other dangerous breathing issues.

Chlorella can have iodine. Thus, if you are sensitive to iodine you might have an allergic reaction if you consume it.

To end this post, we will talk about chlorella drug interactions.

Warfarin is a medicine that prevents the formation of blood clots in veins and arteries. These blood clots cause heart attacks and strokes. Warfarin is an anticoagulant or blood thinner. Some trade names of warfarin are Coumadin, Jantoven, and Marevan.

Warfarin hinders the production of vitamin K-dependent clotting factors. Chlorella has a lot of vitamin K. Thus, it can decrease the effectiveness of warfarin.

It is advisable to measure your blood-clotting time on a regular basis. Your doctor might need to adjust your prescription (dosage) of Coumadin.

Are there other chlorella benefits besides nutrition?

Chlorella has many other benefits apart from nutrition.

Because of its composition in vitamins, minerals, and specific nutrients, chlorella is being used more and more in beauty products designed for skin and hair care.

The main chlorella benefits for hair are the prevention of hair loss and the ability to promote hair growth.

As far as skin benefits, chlorella promotes the skin’s elasticity and has an anti-aging effect on the skin. It also has been reported that it has a positive effect on skin inflammation.

I invite you to read this excellent article on the top chlorella benefits for hair and skin. It provides insightful details on why chlorella can do wonders for your skin and hair.

Other useful resources on chlorella