If you know the top foods to avoid on an alkaline diet and really make a concerted effort to say “NO” to them, you will notice a significant improvement in your health within just a few weeks. In a matter of months, you may feel like a whole new person as many who follow an alkaline do!

Below is my list of foods to avoid on an alkaline diet. They are not listed by importance or priority. In fact, they are all equally important in a general sense. If you're trying to follow an alkaline diet, pay attention to your consumption of these foods.

List of foods to avoid on an alkaline diet

1. Sugar and all forms of it 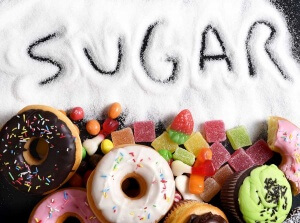 Besides environmental toxins, which we won't cover in this article, sugar is the absolute worst substance you can put in your body on an alkaline diet.

It is HIGHLY acidifying to the body and will turn any otherwise healthy alkaline food into a very unhealthy acid producing food!

For example, many grocery store deli counters offer kale salad now. However, most of these kale salads contain so much sugar. They ought to be labeled as take out dessert! Thus, kale, one of the most alkaline foods you can eat, becomes a highly acidic food by adding all that sugar!

However, besides avoiding these obvious sugar laden foods, you need to be diligent about reading ingredient labels on packaged processed foods because most of them also contain very high levels of sugar!

For example, bottled condiments like salad dressings and ketchup are notoriously high in sugar, yet we often think about these items as “sweet.” Packaged sauce mixes, canned foods, frozen foods, and even bread almost always contain sugar, often very high levels of sugar!

To avoid sugar, you not only need to eliminate what we traditionally think of as “sweets,” but also eliminate as much as possible all processed foods. Learn how to make your own salad dressings and sauces! Make your own soups!

Make your own frozen dinners by cooking extra and freezing individual portions for later. You do not have to be a great cook to make delicious food. Simply search the internet for “easy recipes” and watch YouTube videos so you can actually see the easy techniques used.

If you have a friend who knows how to whip up a healthy meal in under thirty minutes, offer to pay for all the ingredients if he or she will teach you!

Fructose, the most predominant sugar in fruit, is almost as bad as sucrose (table sugar) when it comes to its acidifying effects on the body. In fact, the only reason fruit isn't as acidifying as candy or cake is because it contains fiber that helps to counteract the fructose.

Therefore, you should cut way back on fruit and fruit juices on an alkaline diet, especially if you tend to eat a lot of fruit.

When you do eat fruit, make sure to eat small portion sizes and combine it with meals where the overall effect is alkalizing or at least near neutral.

Further, it has not one but TWO major negatives that make it one of the most acidifying substances you can put into your body.

First, it is derived from GMO corn. All corn is acidifying but GMO corn is extremely acidifying.

Second, it is very highly processed, i.e. chemically altered, in the laboratory to the point that it should no longer be called a “food” by the definition of providing nourishment to the body. In fact, quite the opposite, it is a toxin that will put you in a highly acidic state. 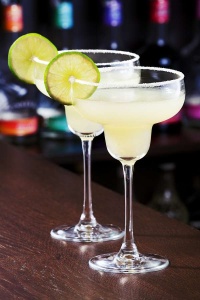 When you first start an alkaline diet, you should avoid ALL alcohol for a few months because it is one of the most acidifying substances you can consume.

It will be near impossible to get your body's pH levels back on track if you sabotage your efforts with alcohol.

Later, once you have firmly restored a balance of pH in your body, you can indulge on rare occasions without significant harm.

The good news is that alcohol, unlike sugar, which is so ubiquitous in food products, is much easier to avoid!

Keep in mind too that many cocktail mixes contain copious amounts of sugar. In fact, they often contain high fructose corn syrup! This can make alcoholic drinks a double whammy when it comes to acidifying your body!

3. Soda pop and other carbonated beverages 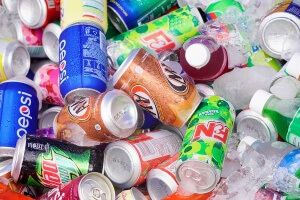 Have you ever wondered how manufacturers get that delightful fizz into soda pop?

They force carbon dioxide under very high pressure into the liquid. Then they seal the drink under pressure to make sure the carbon dioxide doesn't begin to escape, in the form of fizzy bubbles, until you open it.

While this may be a cherished experience we have all come to love, it also causes carbonated drinks to be extremely acidifying to the body as the carbon dioxide turns into acid inside your body! Of course, soda pop is also full of sugar making it another double whammy!

Unfortunately, soda pop is not the only carbonated beverage. “Sparkling apple cider” has become a favorite substitute for alcohol at celebratory occasions. Carbonated lemon aid, cherry juice, and other sparkling juices have recently become popular too. You should avoid them all on an alkaline diet.

4. Wheat, corn and other acidifying grains

Bread, pasta, and corn tortillas are all highly acidifying to the body as they are converted to sugar and they contain gluten.

You should eliminate these items for a few months when you start your alkaline diet and then gradually add them back into a well-balanced diet. Watch your serving size very carefully.

Also, even after you have restored the pH balance of your body, it is a good idea to completely avoid these items for two or more days of the week. Traditionally prepared “old world” style sourdough bread is less acidifying than yeast bread. 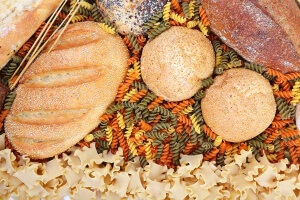 Rice is also acidifying but not as much as wheat and corn.

Thus, you can eat rice if you limit the portion size and eat a lot of alkalizing vegetables to counteract the effect.

Long grain has less effect on blood sugar than does short grain and studies have shown that long grain basmati rice has the least effect.

Oats are another grain that is acidifying but not as much as wheat and corn.

Quinoa, amaranth, millet, and buckwheat are all good substitutes for rice and pasta because they are neutral to only slightly acidic to the body. Note too that “buckwheat” is a misnomer because it is not in the wheat family!

A special word about meat and dairy products

Meat and milk products are quite acidifying to the body as well, although not as much as the other foods to avoid on an alkaline diet listed above.

For this reason, some people on an alkaline diet will eliminate meat and dairy products entirely from their diet or cut way back on them. In some instances, this can lead to a protein and or calcium deficiency.

The best thing to do on an alkaline diet is to simply make sure you are eating 3-5 ounces of meat or fish one to two times a day but that you also balance this out with lots of greens and other highly alkalizing vegetables.

Thus, the overall meal is still neutral to slightly alkaline. Please note that most meat and dairy portion sizes served in restaurants are far larger than the recommended 3-5 ounces. Most people serve much larger serving sizes at home as well.

Therefore, on an alkaline diet, you should make sure you are keeping your portion sizes small.

The same is true for dairy products. It's best to keep them in your diet but keep the serving sizes small. Also, you should reduce the number of servings to one to two servings a day, the same as meat.

Keep in mind too that leafy green vegetables are loaded with calcium. Thus, if you are eating a lot of greens, you don't need to consume as much dairy for calcium.

If you are vegetarian or vegan, you should also note that beans, including soy, are quite acidifying to the body. Therefore, be sure to limit the serving sizes of these food choices.

A final note on sugar 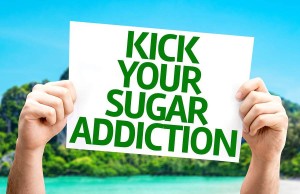 When starting an alkaline diet, it has been proven that it is better to cut ALL sugar from your diet instead of just cutting back.

If you allow yourself even just a little sugar, your cravings for this addictive toxin will intensify to the point that it is almost impossible for a mortal human to resist!

This is no different than a cocaine addict trying to “cut back” on cocaine. It just doesn't work due to the addictive nature of the substance!